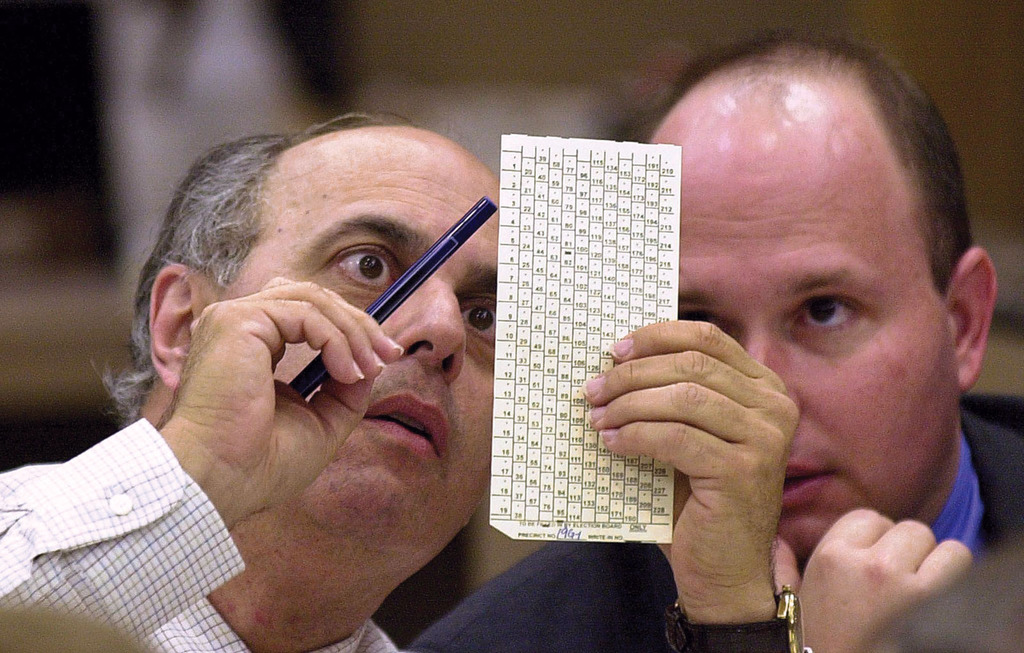 The national media continues to discuss everything but the relevant issues concerning the Presidential election. Have you noticed how hard it is to listen to the talking heads, pundits, or even those who pretend to be neutral journalists? Why? Because what has happened in this country has little to do with chads, dimpled ballots, or hand recounts. We have experienced Republican storm troopers attacking official vote counters in Dade County. The Republican Party has stolen the election and literally would never allow Al Gore to serve as President. After all, the right wing was merciless in its attack on Bill Clinton when he clearly won both elections. The venom and hatred the right wing poured on Bill Clinton was unrelenting, continuous and vicious during his entire presidency.

When the now Senator Hillary Clinton exposed the right wing conspiracy, the same hatred and venom was turned on her. It is clear that the right wing with the Republican Party as it political arm, will not allow a Democratic President to govern. That fact, however, is receiving no airtime, no analysis and certainly no criticism. The right wing tried to buy this election. The Republican Party had so much money; it did not know where to spend it. When that began to fail and then did fail on election night, the right wing blatantly stole the election.

Are we experiencing a giant right wing conspiracy? Of course, but it is far more complicated than that, and our failure to recognize the complexities of this process will severely limit our effectiveness. The right wing is extremely well funded but that is not all that is involved. The platform of the Republican Party is full of code words and program to implement anti-working class positions. Based upon a foundation of misogyny, racism and homophobia, the Republican Party mobilizes many people with the use of hatred, selfishness, and greed. These are powerful emotions and provides enormous energy to the Republicans even when they are instilling programs that are against the direct economic interest of the very people who are supporting them. The second prong of the coalition/cabal is the national media. The ruling class has spent 30 years trying to depoliticize the American people, constantly promoting the ideology of consumerism and individualism or hiding the political and economic ramifications of such an ideology. We work enormous hours and that work enriches a very small number of people in this country leaving us another day older and deeper in debt. If you read their literature, they never attack working people even though their programs are an attack on working people. They never directly appeal to racial prejudice even though the effect of their programs is to pander to racial stereotypes. They never attack women even though the programs are designed to insure the second-class citizenship of women.

With this election, the ruling class is forced to politicize the American people. Progressives have an enormous opportunity but only if we give up our mythology. The first myth is that there is no difference between the two parties. That position arose in the 1930’s when the Democratic Party had a huge southern conservative contingency and the Republican Party had a large liberal faction. The Republican Party now controls the south and almost all tolerant and open-minded leaders have been driven from the party.

The overwhelming majority of African-Americans voted for Al Gore. The seldom-repeated fact is that this community mobilized in a major way to defeat Bush. That fact sets a basis for unity because trade unionists, women and other national minorities voted for Al Gore. While these votes were not as overwhelming as in the African-American community, nevertheless, over 60% of these communities were for Al Gore. In opposing George Bush, progressives will have the opportunity to unite people and fight for democracy. The ruling class is projecting the idea that this process is over once a winner is declared. But that certainly will not be true if, by some miracle, Al Gore becomes President. He will be under constant attack. At best, he will only be able to block attempts to destroy social security and other working class benefits. I say this to say that there is no “winner” in this election. We cannot allow Bush to be declared the “winner”. We must begin to mobilize a million people to be in Washington DC on inauguration day. This is a day to protect democracy because that is all we have. This will be a demonstration to fight for the legitimacy of democracy and the legitimacy of the electoral process and in opposition to the theft by the Republican Party of the democratic process in this country.