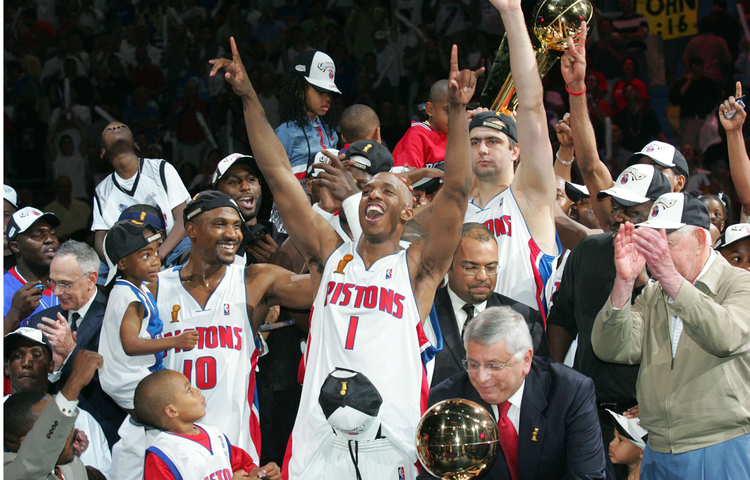 Athletic competition is one of the purest forms of human endeavor. The intensity of focus and the concentration of effort and energy can serve to eliminate all other worldly concerns and troubles. Every day across the nation, millions of people engage in athletic activities for no reason other than the sheer thrill of participation. However, athletic competition has become much more than a personal activity in our culture. The pure spirit of human competition has been deeply corrupted by the capitalist influences generated by the major sports leagues, advertising dollars and, most depressingly, collegiate exploitation of the youth. Because the thrill generated by sports is real and cannot be faked, as so many other things in our society are, it is perhaps the only activity which can consistently generate and hold the enthusiasm and loyalty of so great a part of our culture. As a result, competitions have now become multimillion dollar marketing events rather than celebrations of physical and strategic prowess. It is this corruption of human endeavor that angers so many people, both participants and spectators.

Responding to the accusation that the NBA was manipulating the officiating to insure that the big market stars would reach the finals, Harvey Araton, on May 31, 2005, wrote in the NYT that:

“It has always been ludicrous to think that Stern [Commissioner of the NBA] would allow the postseason to become an aerial Quiz Show, given the possibility that one disenchanted whistle-blower could reduce the industry to ruin. That said officials are human, they understand television is the lifeblood of the league and all markets are not created equal. The outcome of the season typically hangs on how they define a playoff foul-and by whom.”

This position is a consistent argument by Araton. On June 10, 2002, Araton attacked Ralph Nader as a conspiracy theorist for questioning the way in which the referees allowed Kobe Bryant to knock down Mike Bibby without getting a call, thereby assuring that the LA Lakers would eventually win a championship. This time, he specifically revealed the truth of the conspiracy theorists. Araton stated:

“For better or worse, stars generally get the big playoff call, but it is a leap from L.A. to N.J. to imply the games are fixed.”

No one is yet claiming that the games are fixed. The charge, which Araton concedes, is that the officiating favors the “stars”. Where do these so-called “stars” come from? They are created by the big media outlets. Kobe Bryant was a “star” before he ever played a credible playoff game. His games were broadcast all over the country even when he was refusing to make the necessary passes to win a playoff game. Shaquille O’Neal was a “star” before he ever won a championship. But Mike Bibby was not a star when Kobe knocked him down in order to win in the seventh game. Had the “star call system” not been in place Mike Bibby would have a championship ring instead of Kobe right now. And the Pistons are disdainfully described by William C. Rhoden in the NYT on 5/16/05 page D3 as a group assembled by Joe Dumars as a bunch of spare parts.

“He has assembled a championship team with mostly role players who play as a team.”

Somehow this ultimate compliment becomes a disparaging remark in the hands of the star apologists such as Rhoden. Team play is not admired as the most sought after goal but is viewed instead is simply as an obstacle to the “stars”. In fact, Rhoden contends that the “stars” should be transferred to the big market teams so that basketball can be more commercial. Even when the beauty of team play is perceived and understood, it is rejected. Liz Robbins in the NYT 5/22/05 writes:

“By rotating on instinct, trapping fiercely and attacking the boards, the Pistons almost made their defense into a thing of beauty in their Eastern Conference semifinals against an Indiana team that had run out of comebacks. Almost.” (Sunday Sports Section Page 1)

The reason it is only almost a thing of beauty is because it does not fit commercial interests. The Detroit defense is a work of art for anyone who enjoys team play where the individual is subsumed into the interests of the team as a whole. But, of course, such players will be victimized by the star system. Detroit has no big money “stars” and the calls go against them when they play the big money “stars”. This is not conspiracy theory. Why? Because everyone admits to it. It is corruption. But they have lived with the stench of corruption so long that they do not even notice it. It is called olfactory negation. Commissioner David Stern should quit whining about the accusations of corruption. Huge fines of $100,000.00 and $20,000.00 will not change what everyone knows, and sees on the court with their own eyes. Capitalism corrupts all professions and it corrupts the sport of basketball.

The corruption is so pervasive that they do not even know when they are exposing the corruption. Anyone, who watches the NBA games sees Michael Jordan making the winning shot in the 6th game against Utah thereby winning the championship. Even today, we are shown incessantly the scene where Michael Jordan literally threw Utah’s Bryan Russell out of the way in order to shoot the “winning” shot. This obvious foul for all to see was never called. And the NBA, by repeating this scene every 15 minutes, is celebrating this torture of the rules of the game. In any pick up game, that shot would be wiped out, not celebrated. Then when basketball fans complain, they are called purists or worse. In fact, the only reason given for the stench of corruption is that it is necessary to address the demands of the market. I agree. The market demands debasement of the game. Once a sport is consumed by commercial and market interests, it becomes corrupted and basketball is no exception.

For instance, when Wilt Chamberlain dominated the game, he complained that defensive players were allowed to hang all over him. And it was true but accepted because it made the game a little more even. Chamberlain was a dominant player and a little pushing and shoving by smaller players was accepted as a way to even the contest. That standard was slowly undermined as basketball became dominated by moneyed interests. The standard became that those most privileged would also get all the calls. The lesser players would be called for fouls that the “stars” would not get. It got to the point that the “stars” got all the calls. There is absolutely no justification for changing the rules to favor the most privileged other than the market demands such to increase the opportunity for easy money.

When the Pistons won the Miami series on June 5, 2005, the announcers, color commentators, even the news analysts could not hide their total disappointment. All they could think of was the loss of ratings and therefore the loss of money, even if they were not the ones losing the money. Their comments, their analysis were all anti-Detroit. They could barely contain their anger. In fact, the courage, intelligence, and character of the Detroit team was awesome, worthy of tremendous praise that was never given or was grudgingly acknowledged. Interestingly, Detroit could easily have been made into the Cinderella team that it was and become the darling of the country. But that was beyond the immediate interests of the powers that be. The long term “market” interests of the sports ruling class is not even considered, not even by those who would reap huge profits.

There is a more diabolical and sinister reason why the media and sports establishment in this country cannot accept the Detroit Pistons for what they are. The Pistons are the poster child for the working men and women of this country. The Detroit Pistons are a bunch of working class guys who work very hard and like the working class are underappreciated for their efforts. They play as a team. They are not spoiled stars with egos bigger than their talent. Each player was rejected by the star system. Ben Wallace. He was willing to work on defense to make up for his limited offensive skills. Rip Hamilton. He is the best pure shooter in the league but is always willing to pass the ball to anyone with a better shot. He is also the best conditioned player in the NBA which translates into pure effort. Tayshan Prince. His biggest weakness is to defer to other players rather than demanding his minutes or points. Chauncy Billups. He was rejected by six different teams. And Rasheed Wallace. He rejected the star system and was accordingly punished until he got to Detroit. Antonio McDyess. He was abandoned by every other team in the league.

In this country, Blacks are either rich and greedy or poor and lazy—nothing in between. The fact that that stereotype is untrue is definitional racism. Calling it commercial does not change the content of the idea. Just because the sports establishment can make a lot of money by creating these stars who are black does not absolve the establishment of promoting racism. It just makes it more easily camouflaged. So many people are looking for the hero and the athletic talent of these “stars” is phenomenal so many buy into the star system. They see the Detroit Pistons for what they are—ordinary players made extraordinary by their ability to cooperate and support each other. That is not a lesson that the establishment wants working people to learn. That is the best explanation why the Pistons are so disrespected in the national media. Besides, Detroit is the Black city in this country.

The reason this bunch of wholly admirable working class team players are rejected is simple racism. The sports establishment in this country wants the bigger than life “star” because it sells and then distinguishes them from “ordinary people”. We have to hear about their conspicuous consumption and disgusting extravagance. They are more easily targeted like Kobe or O.J. It is a matter of control. If the players are not stars but hard working athletes, then rewards must be shared by all the players and the owners are seen as the greedy capitalists that they are.